In an effort to make Parrot OS Security more portable the creators have been experimenting with Docker. They have successfully ported an enormous amount of functionality into a Parrot OS Security Docker image. This will make running Parrot OS Security anywhere possible. Because this is running in a Linux container the graphical user tools will not be available. Currently, the security image only contains basic penetration testing tools but thus so far this is more than impressive.

Just to show off how portable this is now, I’ll be using Docker on Windows with a PowerShell terminal to do all of this.

Before I access the terminal I created a folder on my root hard drive for the Docker container’s files.

Just WOW! I’m beyond impressed at this point. Things are starting to look familiar. Accessing the Docker container is very easy. I used the command below and was given a ParrotSec OS prompt.

Trying out the functionality

At this point, I’m dying to see what is packed into this container. Everything will obviously be accessed through shell prompt. Let’s try out some functionality!

First things first! One of the most powerful tools in Parrot OS is the Metasploit framework.

Oh no! This is missing! However, it makes a lot of sense because that password dictionary is 15 GB!

I also notice hydra was not installed…

This was expected… this is a light Docker image of ParrotOS and is still incredibly powerful. Below I will show you how to install it.

Installing Wordlists and Hydra is Easy

Yes, it is possible to catch a reverse shell and here’s how I did it locally.

I tried this out and it definitely works…

These are some of the apps I noticed that were available. 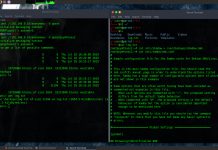 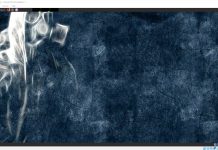