I created an image specifically for building legacy ASP.NET code. This is publicly available on Docker hub and GitHub. You may pull it and use it at your own discretion.

Pulling the image with Docker is very easy…

Once you have the image locally, it’s easy to map in your project into the source folder, build, and publish.

This will literally build and publish whatever source code that is in the source folder and publish it to the published folder. 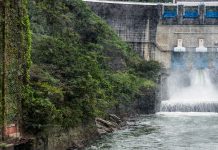